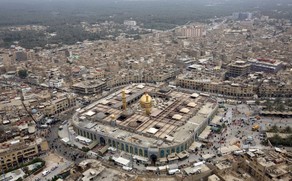 An Azerbaijani child has tragically died in Karbala, Iraq.

It was told by Zahir Amanov, reporter of southern region of Azerbaijan.

He said that a resident of Erkivan settlement, Masalli region Habil Rahimov's 5-year-old daughter Zahra has died in the 60 degree heat, during her father's visit to Karbala. Z.Rahimova was buried in Karbala.

Child is supposed to have died from sunstroke.

According to him, Z.Rahimova's father Rahimov Habil Iltizam was getting religious education in Syria. After the known events in Syria, he continued his studies in Najaf city. The aim of the visit was H.Rahimov's upcoming state exam.

'Deceased Zahra was the middle child of Habil Rahimov. According to her parents, the other of their children is also severely ill in the city', Z.Amanov added.