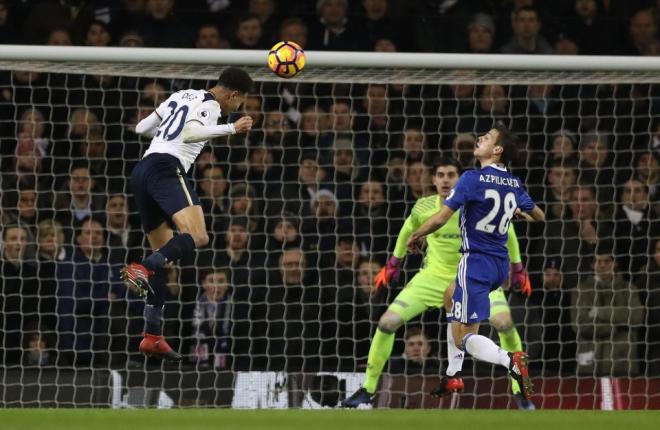 Before this fixture, the Blues had won thirteen times on the bounce in the Premier League, matching the Gunners’ record of 13 in a season (2001/02) and going one behind their mark over two campaigns, 14 (February 2002 – August 2002).

However, they were unable to go one better at White Hart Lane, with their London rivals looking superior in a hard-fought encounter.

Dele Alli hit the first blow at the end of a tight first half, heading in from Christian Eriksen’s cross to change both sides’ mind sets at the break.

The England international then doubled his and Spurs’ tally with another header from another Eriksen cross in the 54th minute.

Chelsea attempted to fight back in to the game, but despite bringing on Willian, Cesc Fabregas, and Michy Batshuayi, were unable to force any lasting pressure on Manricio Pochettino’s team.

Tottenham’s win takes them to third in the division, ahead of local rivals Arsenal as well as Manchester City after a very successful Christmas period.

Meanwhile, Chelsea are still top of the league, with a five point lead on Liverpool after the Merseyside outfit also dropped points with a draw away at Sunderland on Monday.