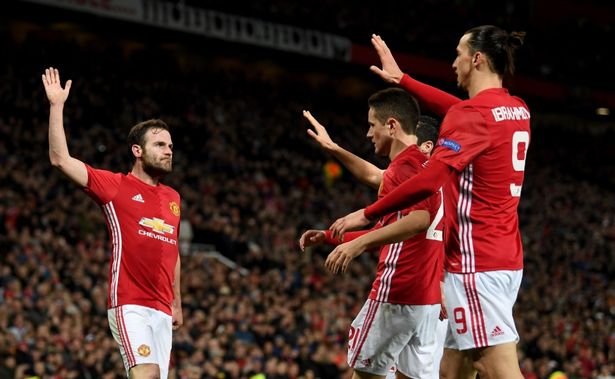 Juan Mata got the decisive goal for United when he stabbed in from Zlatan Ibrahimovic's flick, but Rostov threatened to take the game to extra time and Sergio Romero made two good saves late on.

It was a largely frustrating night for United, who dominated for large periods without really threatening and also lost midfielder Paul Pogba to a hamstring injury.

Their best chances before the goal came in the first half, when Henrikh Mkhitaryan shot wide when one-on-one and Ibrahimovic twice hit the post.

United will find out on Friday who they will play in the quarter-finals, with the draw taking place at 12:00 GMT.

Roma fell just short of a comeback as Lyon knocked them out in the Europa League last 16.

The second-placed Serie A side trailed 5-2 on aggregate when Mouctar Diakhaby headed the French side into the lead on the night.

But Kevin Strootman prodded home an immediate equaliser and a Lucas Tousart own goal narrowed the gap but Roma could not find a late strike to take them through on away goals.

Schalke came from 2-0 down, and 3-1 on aggregate, to beat Bundesliga rivals Borussia Monchengladbach on away goals.