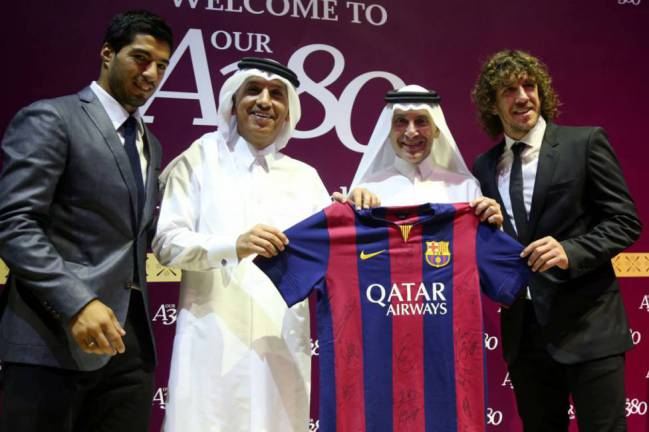 Barcelona have defended themselves against doubts and claims they did not properly declare their sponsorship deal with Qatar.

The Catalan club said that they wanted to make clear that "the contract called for the club to receive a total of €171 million over six seasons, increasing from €15m in season one to €37m in season five, before decreasing slightly to €33.5m in the final season as the previous year they'd received a €5m bonus for winning the Champions League.

As well as saying they have in their "possession the corresponding receipts for the deposits made in its favor for the amount of €171m" a statement adds that the "contract did not entail any costs for intermediation."

The statement continues: "The contract was duly audited for the last six seasons (as was the rest of the Club’s finances) by Deloitte, an external company, which reviewed all information regarding the Club’s economic activity and verified that the audit faithfully illustrated its economic management, with no exceptions whatsoever.

"The auditing reports that were produced each season are included in the Club’s annual reports, which are available to members on the Club’s website.

"According to the express desire of the Board of Directors, the Club delivered at midday Wednesday a copy of the contract, along with the corresponding receipts for the deposits made in its favor, to the Judiciary Police of Barcelona, as a demonstration of maximum cooperation and transparency.

"Having made these clarifications, FC Barcelona calls for responsibility and reserves the right to take legal action in the face of defamatory statements and false accusations against the honorableness of the Club’s management."