Minister: Azerbaijan did everything to protect Mkhitaryan 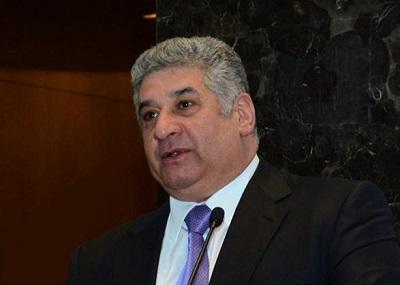 Axar.az informs that, he was answering the question whether Azerbaijan could do something more to make Mkhitaryan feel safe.

“More…What do you mean when you say more?” Rahimov said. “We did everything. What could we do more? We can send a private jet for him accompanied by two F16 fighting falcons and let’s say, heavy machine guns. I do not know what we can do more. UEFA and Arsenal club received all possible and impossible documentation. From my personal side, I sent a letter and signed it with the guarantees from the government, from Azerbaijan Football Federation, and also from all the government agencies in charge for security. We are not hosting Armenian football team in Azerbaijan, we are hosting the UK football club.”

Answering the question about whether he called Mkhitaryan, the minister replied that he does not know his telephone number.

The minister also answered the question whether people of Armenian nationality will be able to visit Baku next year, when Azerbaijan will host four Euro 2020 matches.

“We never ever announced, or put any limitations, for the people coming to the sport events,” he said. ‘That's why we just kindly ask any Armenian nationality person coming to our country to send his or her request for visa in advance. That’s the only thing, maybe it is a little bit more than in relation to other tourists coming to my country. In all the rest, there are no limitations.”

The UEFA Europa League final match between the English clubs Arsenal and Chelsea will take place May 29 at the 68,000-seat Baku Olympic Stadium.