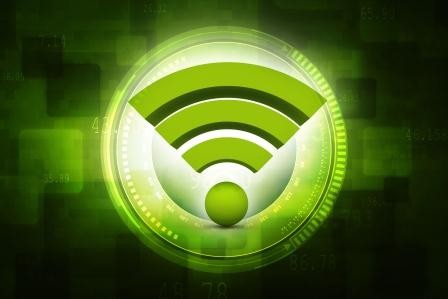 Japanese researchers have announced that they've developed a new transmitter that can beam data at an incredible 100 gigabits per second (Gbps) - a connection speed that would let you download a Blu-ray film in a couple of seconds.

The transmitter works by sending data out at much higher frequencies than current routers, using the unchartered terahertz (THz) band to reach speeds close to those achieved by optical fiber. This transmitter could be the key to achieving Wi-Fi connections 10 times faster than is possible with existing technology.

Electromagnetic waves come in all different lengths, but our current transmitters send out waves in the gigahertz (GHz) band - around the 5 GHz range for standard routers, and up to 60 GHz for high-speed LAN connections.

"Today, we usually talk about wireless data-rates in megabits per second or gigabits per second. But I foresee we'll soon be talking about terabits per second," said lead researcher Minoru Fujishima from Hiroshima University. "That's what THz wireless technology offers."

Of course, there are limitations to the THz band. Not only is it hard to develop transmitters that use these short waves, but, in general, these high-frequency signals have a shorter range and are less able to penetrate objects.