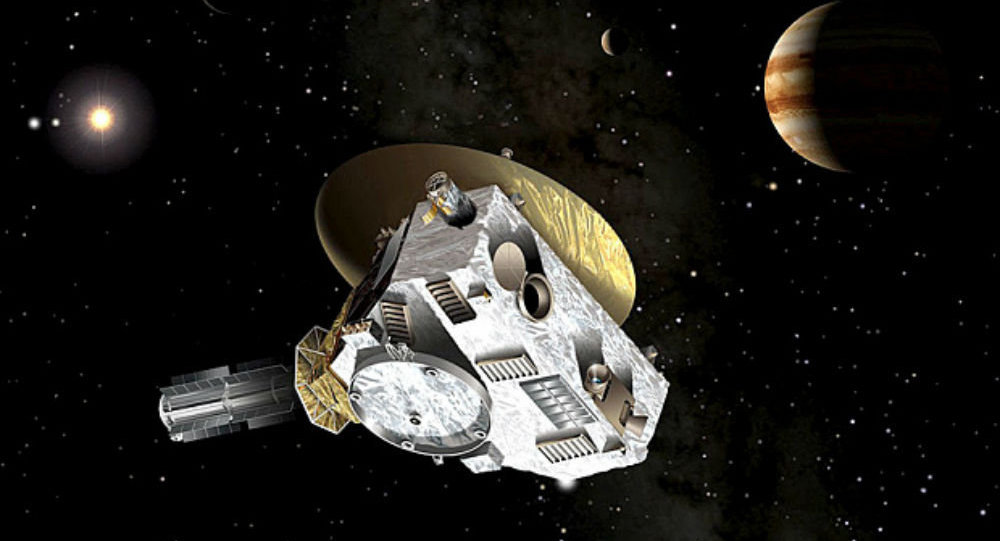 "It's fantastic to have completed half the journey to our next flyby; that flyby will set the record for the most distant world ever explored in the history of civilization," said Alan Stern, the principal investigator of the New Horizons mission from the Southwest Research Institute in Boulder, Colorado.

For 157 days, starting on April 7, New Horizons will undergo a period of hibernation to recharge its batteries. It has been "awake" since December 2014, after spending around seven years sleeping on the long voyage from Jupiter to Pluto.

Since arriving at Pluto, New Horizons has provided a wealth of information on the Kuiper Belt, the ring of asteroids and at least three dwarf planets on the outer edge of the solar system. New Horizons has also studied the heliosphere, the cloud of hydrogen gas that surrounds our sun.

"The January 2019 MU69 flyby is the next big event for us, but New Horizons is truly a mission to more broadly explore the Kuiper Belt," said Hal Weaver, New Horizons project scientist from the Johns Hopkins University Applied Physics Laboratory.

"In addition to MU69, we plan to study more than two dozen other KBOs in the distance and measure the charged particle and dust environment all the way across the Kuiper Belt."

New Horizons has traveled 3.5 billion miles from Earth since it launched in January 2006. It takes a radio signal traveling from Earth five hours and twenty minutes – at light speed – to reach the space probe.

NASA's interest in 2014 MU69 comes from it being too faint to observe in any detail with existing instrumentation. The Hubble Space Telescope spotted it in 2014 but has been unable to collect much information about an object so small and so far from Earth.

However, NASA believes 2014 MU69 to be an ancient object from the early solar system that can shed light on the formation of the sun and the planets.