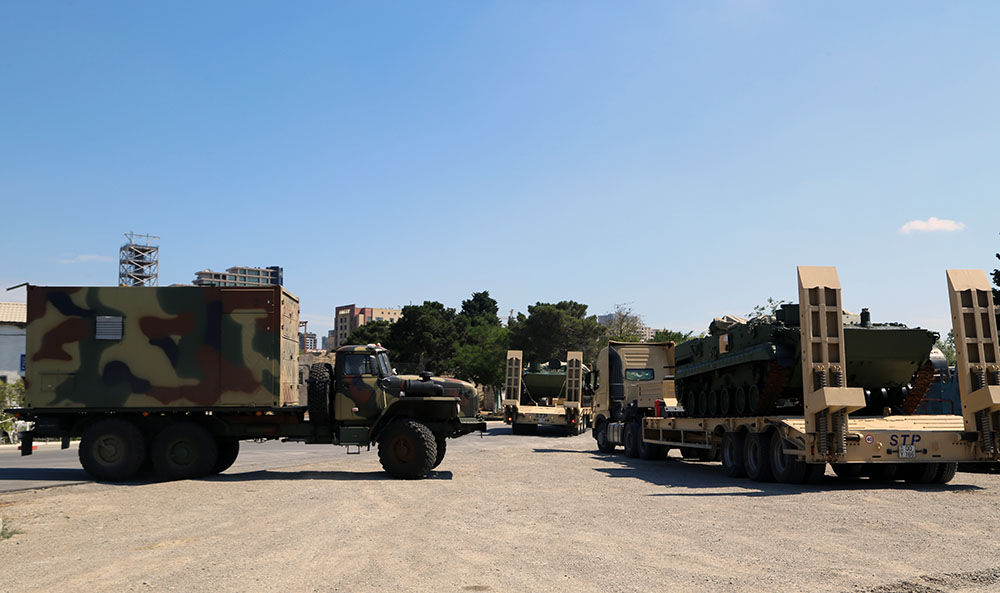 A planned delivery of the latest Russian military equipment to Azerbaijan has been carried out in accordance with the intergovernmental agreement and within the framework of successfully developing military-technical cooperation between the Republic of Azerbaijan and the Russian Federation.

A large batch of modern weapons arrived at the port in Baku, will be sent to the frontline zone in the near future.

These weapons will strengthen the combat and manoeuvre capabilities of the forward-based units of the Armed Forces of Azerbaijan to defeat armoured vehicles, engineering and fortification structures, low-speed air targets, military personnel and other military facilities of the enemy.

The delivery of Russian military equipment and weapons to Azerbaijan will be continued.

At the same time, Alexander Mikheev, Director General of JSC Rosoboronexport, was among the first who send a congratulatory letter to the Minister of Defense of Azerbaijan, Colonel General Zakir Hasanov in regard with the Azerbaijan Armed Forces Day that is celebrated on June 26every year.

The congratulatory letter notes that joint efforts will benefit our states and will contribute to strengthening the defence capability of Azerbaijan.

The letter also emphasises that the development of military-technical cooperation will significantly increase the power of the Armed Forces and their ability to ensure peace and prosperity of the Azerbaijani people.