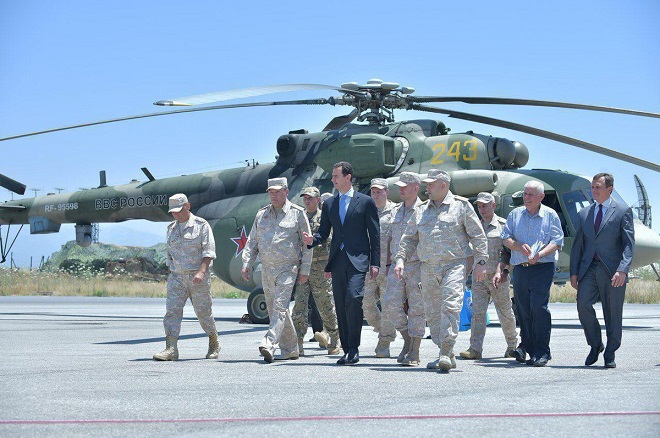 Axar.az reports that the information was shared by the Russian defense ministry’s press service.

While visiting the base, the Syrian president met with Russian Chief of Staff Valery Gerasimov.

"While walking about the Khmeymim airbase, President Bashar Assad familiarized himself with the Russian Su-35 fighter jet and other state-of-the-art weapons," the ministry said.

The chief of the Russian General Staff and the Syrian president have discussed the coordination of efforts in the fight against the Islamic State (IS) and Jabhat al-Nusra terror groups (outlawed in Russia), according to the ministry.