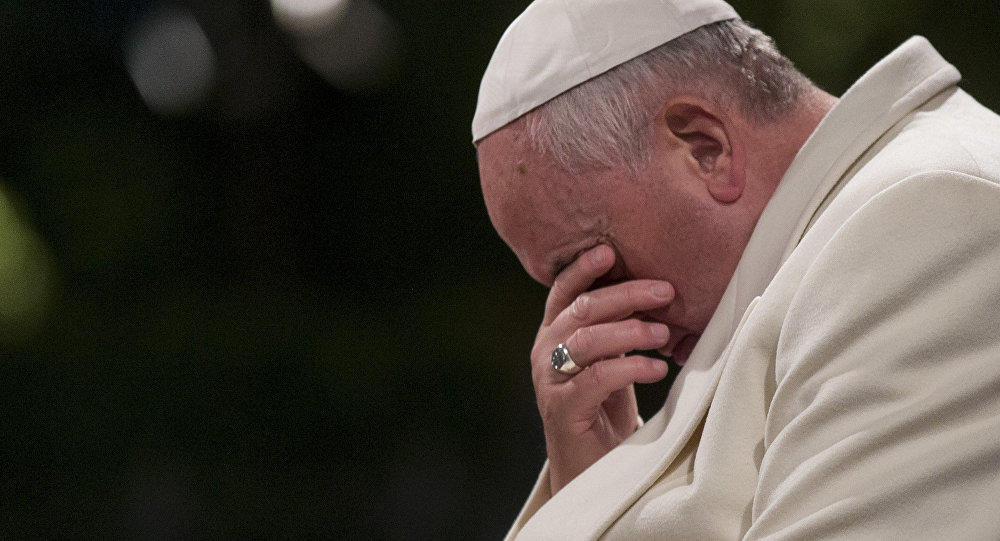 Pope Francis knelt and kissed the feet of South Sudan’s rival leaders Thursday, in an unprecedented act of humbleness to encourage them to strengthen the African country’s faltering peace process.

Axar.az reports citing foreign media that at the close a two-day retreat in the Vatican for the African leaders, the pope asked South Sudan’s president and opposition leader to proceed with the peace agreement despite growing difficulties. Then he got down on his knees and kissed the leaders’ feet one by one.

The pope usually holds a ritual washing of the feet with prisoners on Holy Thursday but has never performed such a show of deference to political leaders.

“I express my heartfelt hope that hostilities will finally cease, that the armistice will be respected, that political and ethnic divisions will be surmounted and that there will be a lasting peace for the common good of all those citizens who dream of beginning to build the nation,” the pope said of South Sudan in his closing statement.