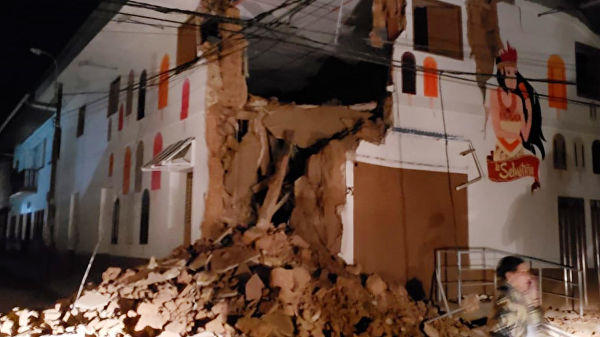 Several villages in the departments of San Martin and Loreto have been cut off from electricity. Many buildings have been damaged, including houses and a hospital, where patients have been evacuated.

Police are now patrolling the streets to evaluate the damage. Peru’s President Martin Vizcarra has called on citizens via Twitter to stay calm.

The quake’s epicenter was 85 km to the southeast of the city of Lagunas, home to 9,000 people. The earthquake struck at the depth of 105 km. The aftershocks were also felt in Brazil, Ecuador and Colombia.

No casualties have been reported.