60000 protestors on the streets of Barcelona - Video 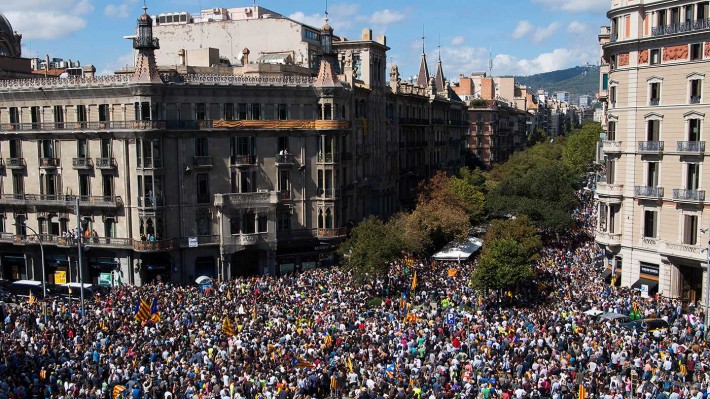 Wednesday evening to renew their calls for Catalonia’s independence from Spain.

Axar.az reports citing foreign media that according to the Barcelona police, around 600,000 protestors turned up. The rally coincides with La Diada, a regional holiday that commemorates the fall of Barcelona during the Spanish War of Succession on September 11, 1714.

Some leaders are facing charges as serious as rebellion and prosecutors are seeking jail sentences of between seven and 25 years.

While separatism is still a major political force in Catalonia, polls suggest it’s reached a two-year low. In the last major survey of Catalan public opinion in July, 44% of respondents said they support Catalan independence, while 48% said they would prefer to remain in Spain.