Johnson takes his dog to the polling station - Video 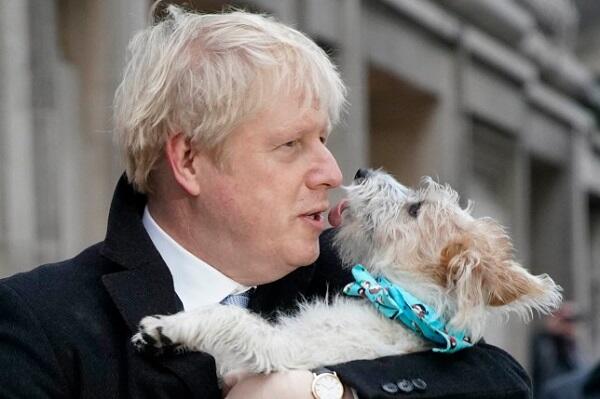 Boris Johnson casts his vote on the 2019 UK General Election and decides to bring his dog to the polling station in Westminster.

Prime Minister Boris Johnson seems to be trying to gain the cute factor in today’s General Election by bringing his dog with him to vote. He took the (undeniably cute) Dilyn with him to the polling station at Westminster’s Central Methodist Hall at around 8.15 am, posing for photos along the way.

Dilyn licked him as he lay cradled in his arms outside, wearing a blue sash around his collar. His rival Jeremy Corbyn is expected to vote in Islington later on this morning. However, he probably won’t be taking his cat El Gato with him as he previously voiced concerns he could be a ‘bit of a Tory’ as he displayed a ‘disappointing individualism and lack of concern for others’. Here’s Boris Johnson waving to the cameras with Dilyn: