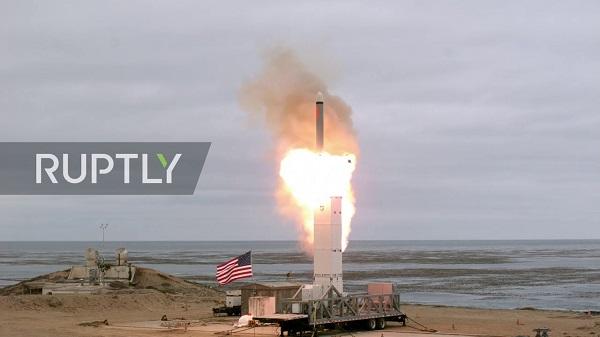 US Secretary of Defense Mark Esper has released images of ballistic missile tests banned as part of an agreement to abolish Middle and Medium-range missiles.

Axar.az reports that the missile test was conducted on December 12 at Vandenberg airbase.

Note that in August this year, the Pentagon announced that it had tested a banned ballistic missile as part of an agreement to abolish Middle and Medium-range missiles.

Recall that yesterday the United States tested a "ground-type" Precision Strike Missile (PrSM) missile in New Mexico. Experts consider the rocket to be an analogue of the Russian Iskander complex.