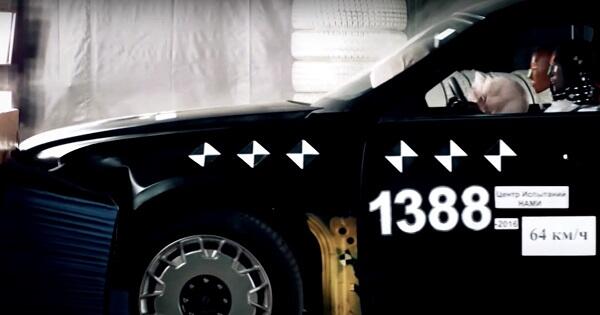 The Aurus, known as Putin's limousine, was tested in an accident.

Axar.az informs, the video of the test was broadcast on Zvezda channel.

The car crashed into an obstacle at a speed of 64 km per hour. Two mannequins were placed inside the car instead of the driver and passenger.

As a result of the accident, it became clear that the mannequins remained in place, despite the fact that the front of the car was severely damaged.

Airbags were deployed during the accident, so the testers considered it a success.