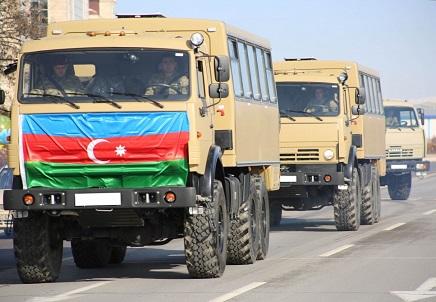 According to the tripartite agreement, our army is moving towards Lachin, which is expected to be handed over to Azerbaijan on December 1.

Axar.az informs that, the images were spread on social networks.

The footage shows the convoy of our Army, which won the Second Karabakh War, leaving for Lachin.