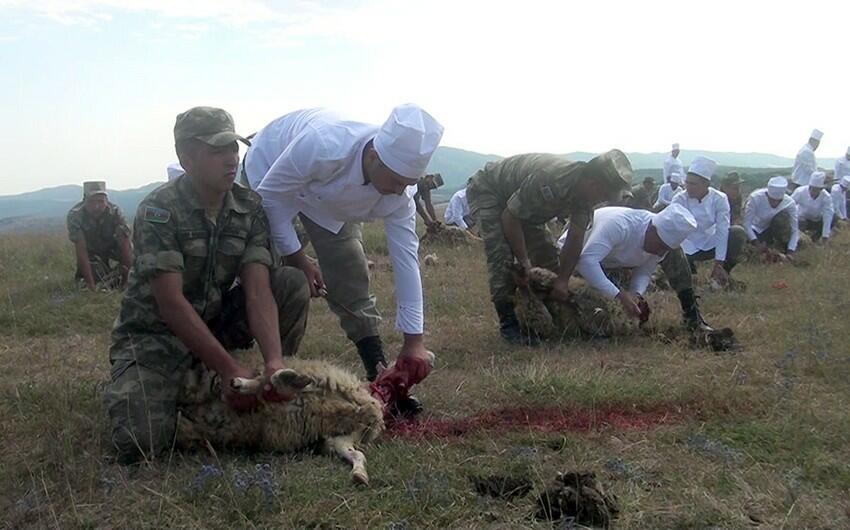 A solemn event with the participation of Azerbaijani Army servicemen was held in Shusha on the occasion of Eid al-Adha.

It was noted that first, the memory of national leader Heydar Aliyev, the martyrs of the First Karabakh and Patriotic War was commemorated with a minute of silence, and the National Anthem of the Republic of Azerbaijan was sung.

Speaking at the event, the commanders conveyed the congratulations of the Supreme Commander-in-Chief and the Minister of Defense to the servicemen on the occasion of the holiday, emphasizing that the measures taken to further improve their social and living conditions continue due to the state's attention and care.

The victims were slaughtered at the event with the participation of servicemen, and festive tables were organized for them.

The holiday ended with a solemn procession of personnel in the city.