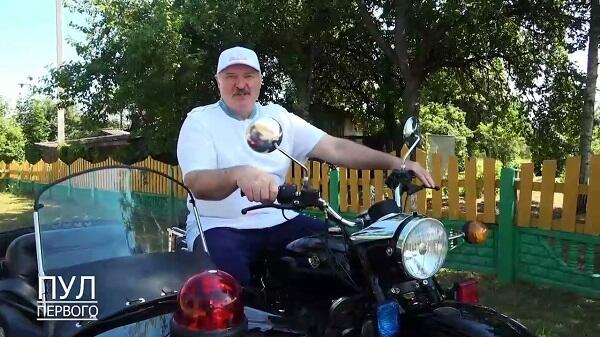 Belarusian President Aleksandr Lukashenko rode a motorcycle at the end of the week and headed the blackfields.

Axar.az reports that in this bar, the “Pul Pervogo” Teleqram channel, which is known by its proximity to Lukashenko's press, was broadcast.

“On the busy day of the first one: public works, crops, roads and kənddə əhval-ruhiyyə - everything is under surveillance”, - reportedly passed away.