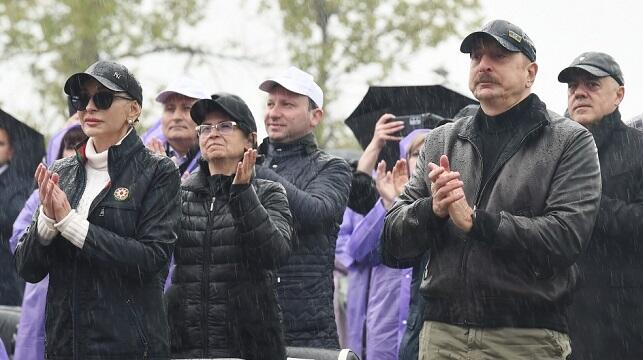 As reported, the 5th Kharibulbul International Folklore Festival organized by the Ministry of Culture, the Heydar Aliyev Foundation, and the Shusha City State Reserve kicked off in Shusha, the cultural capital of Azerbaijan, yesterday.

Axar.az reports that, great leader Heydar Aliyev's views on Azerbaijan were voiced at the festival.

President Ilham Aliyev was shocked while listening to the speech of the national leader.