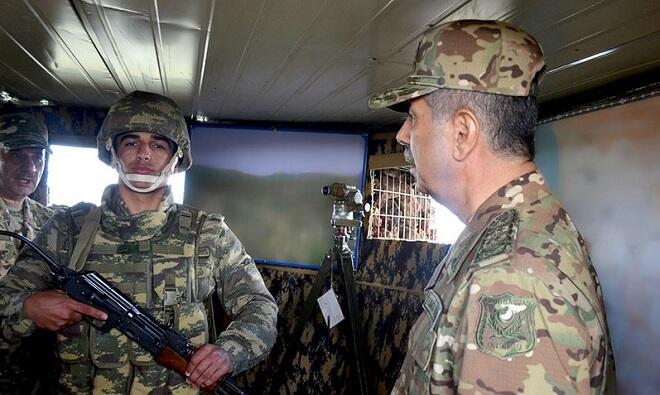 On the instructions of President of the Republic of Azerbaijan, Supreme Commander-in-Chief of the Armed Forces Ilham Aliyev, Defense Minister Colonel-General Zakir Hasanov and other senior officials of the ministry met with personnel serving in combat positions in the Kalbajar and Lachin regions.

Axar.az reports that the Defense Ministry told that the minister met with servicemen serving in harsh climates and harsh terrain and praised their combat and psychological training.

Then, while visiting the observation posts, Colonel-General Zakir Hasanov observed the activities of the opposite side, tested the capabilities of optical surveillance devices and technical means.

After getting acquainted with the conditions created in the settlements, the Minister was informed that all the necessary infrastructure has been created here to ensure the quality organization and conduct of combat duty.

In conclusion, the Defense Minister said that the work to improve the social and living conditions of servicemen will continue. He set relevant tasks for the command to further increase the combat capability of the units and ensure sustainable defense.