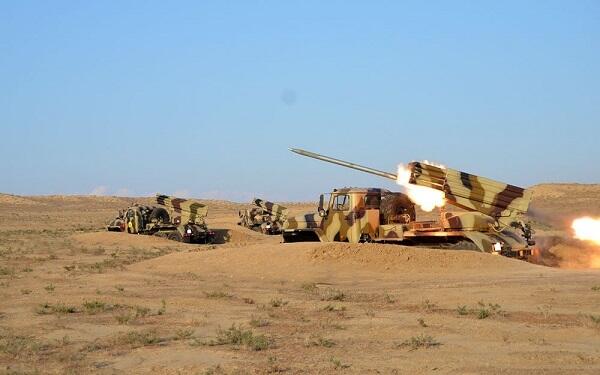 In accordance with the combat training plan for 2022, combat and tactical training is being held in the missile and artillery units of the Land Forces.

Axar.az reports the Defense Ministry told that the artillery units were deployed to the concentration areas and took up firing positions in the designated areas in order to improve the fire control and command-aptitude of the command staff, as well as the field skills and practical skills of the personnel.

The units successfully carry out the tasks set by them to destroy conventional enemy targets with accurate fire.