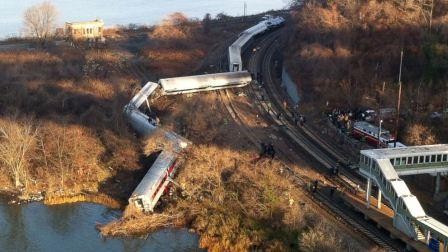 According to Van Governor’s Office, the explosives had been planted on the railway track.

"The train's locomotive was damaged and burnt, while four wagons derailed," the statement said, adding an investigation into the incident had been launched.

Earlier, the local railway station directorate in the province’s Saray district told Anadolu Agency that PKK terrorists detonated the bomb when the TCDD-53032 train passed by as it came from the Kapikoy border gate located along the Turkish-Iranian border, 10 kilometers (6.2 miles) away from Saray.

The PKK – listed as a terrorist organization by Turkey, the U.S., and EU – resumed its decades-old armed campaign in July last year.

Since then, PKK terrorist attacks have martyred more than 600 security personnel and also claimed the lives of many civilians, including women and children, while more than 7,000 PKK terrorists were killed in army operations.