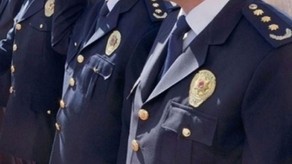 As part of the ongoing coup probe,12,801 police officers have been suspended from duty over links with the Gülenist terror cult (FETÖ).

Of the total suspended officers, 2,523 are police chiefs.

According to the statement released on the web site of the security general directorate, "12,801 personnel including 2,523 police chiefs have been suspended due to their FETÖ-link."