Helicopter Mi-8 with passengers made a hard landing 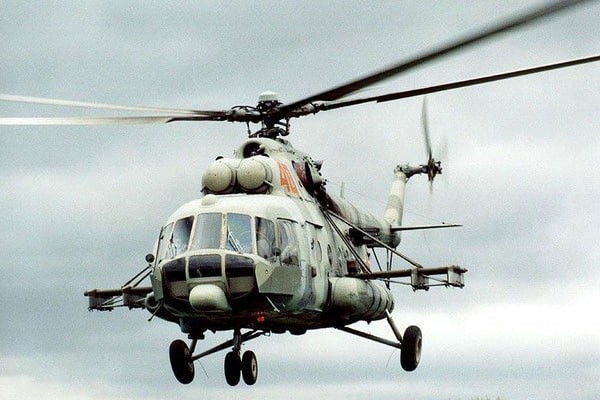 The bodies of the 19 people killed as a result of a crash landing of a Mi-8 helicopter in Siberia have been found, Sputnik reported.

The bodies of the 19 people killed as a result of a crash landing of a Mi-8 helicopter in Russia's Yamalo-Nenets Autonomous Region in northwestern Siberia have been found, the regional department of the Emergencies Ministry said in a statement Saturday.

"During search and rescue operations, the bodies of 19 persons killed in the accident were discovered," the statement published on the department's website said.

Another three people injured in the crash landing are said to be in a serious condition. They have been delivered to hospital.

The two black boxes of the helicopter have been found and are in good condition.

There were 22 people on board the Mi-8 helicopter.

The crash of a MI-8 helicopter in Siberia has left at least 21 people killed, according to a source in the local emergency services, Sputnik reported.

The source, speaking to RIA Novosti, added that one person is being evacuated from the crash site.

Rescue teams have found both black boxes of the helicopter, according to the emergency services source.

"Both black boxes have been found — a flight data recorder and a voice recorder. After investigative procedures, they will be sent for decryption," the source said.

The transport helicopter was carrying 22 passengers and three crewmembers when it crashed roughly 82 kilometers northwest of Old Urengoy in the Yamalo-Nenets Autonomous early Saturday morning region due to poor weather conditions.

A search and rescue group rushed to the scene.

Earlier reports suggested that between three and five people may have survived the crash, but it now appears that only one has survived.