Turkey has alternative to EU membership 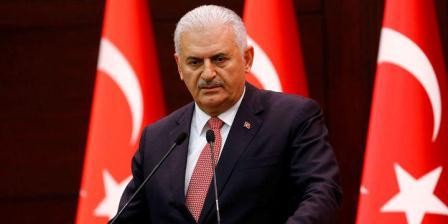 Yildirim noted that the future of Europe is impossible without Turkey.

“The EU can contribute to the political and economic spheres in the global arena only together with Turkey,” the prime minister added. “That’s why the EU's decision regarding Turkey, including the introduction of a visa-free regime, is the decision for the future of the EU itself.”

“Turkey has been on its way to the EU membership for already half a century, we have done our part of the work,” he said. “Now it’s up to the EU. If the Union wants Turkey's accession, it must demonstrate its will. However, Turkey always has an alternative.”

Heads of states and governments of the EU member countries agreed a joint plan with Turkey in mid-March to fight the migration crisis. It envisages, in particular, the return to Turkey of illegal migrants arrived in Greece from Turkey’s territory, and receiving legal migrants-Syrians by the EU from Turkey on a “one-for-one” basis.