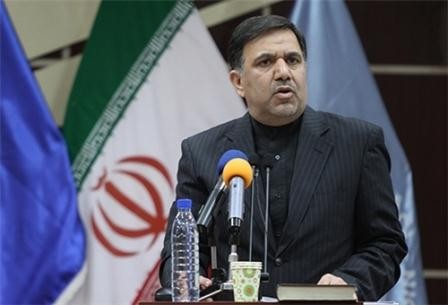 The Islamic Republic of Iran and Germany on Sunday signed six memorandums of understanding (MoUs) on transport.

The MoUs were signed in a meeting between Iran's Minister of Roads and Urban Development Abbas Akhoundi and German Federal Minister for Transport and Digital Infrastructure Alexander Dobrindt on transport cooperation.

Talks on expansion of transport services for Tehran and Tabriz with Siemens of Germany are underway and the two sides have drawn up satisfactory plan for cooperation, Akhoundi said.

German Federal Minister for Transport and Digital Infrastructure leading a big economic delegation comprising directors of major shipping and ports companies are currently on a visit to Iran to study expansion of transport cooperation.