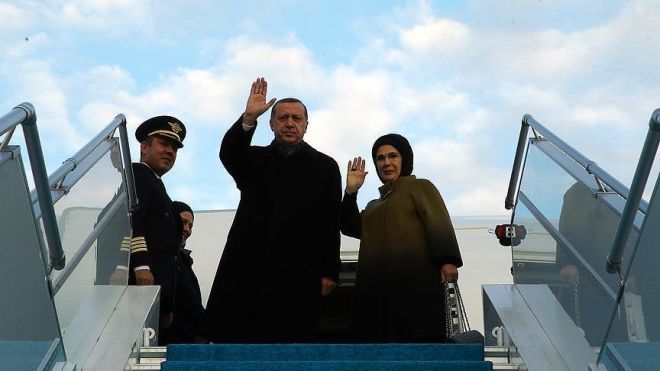 Turkish President Recep Tayyip Erdogan will pay an official visit to Belarus on Friday, according to a presidential source.

Erdogan will meet with the president of Belarus, Alexander Lukashenko, in the eastern European country’s capital, Minsk, according to the source, who spoke on condition of anonymity due to restrictions on talking to the media.

The source said that the two presidents will sign agreements and protocols meant to strengthen bilateral relations and business opportunities.

After an opening ceremony for mosques built by the Turkish Religious Affairs Presidency Foundation, Erdogan will address a Turkish-Belarus work forum, the source said.