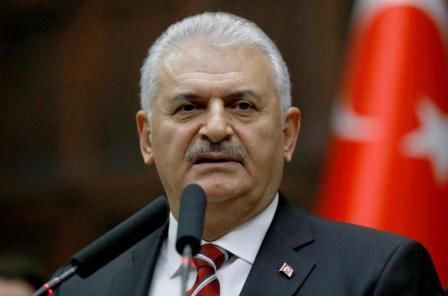 Yildirim met with the chairman of the Nationalist Movement Party (MHP), Devlet Bahceli, on Thursday to discuss changing the constitution, after which Bahceli made comments on Twitter indicating his party may support constitutional changes that could give Erdogan the stronger presidency he has long sought.

"MHP leader Mr Bahceli has once again put the future of the nation first with foresight and patriotism, putting aside political goals, and we will carry out the constitutional change with the MHP," Yildirim said in a speech at a ceremony in the Black Sea town of Rize, broadcast live on television.