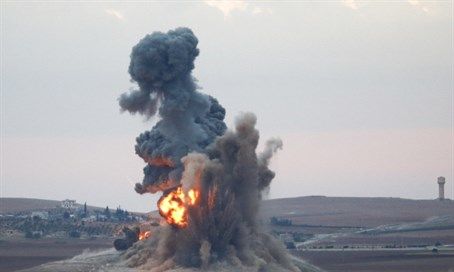 Four buildings and one vehicle used by the Islamic State fighters were destroyed in the strikes, an army statement said.

Turkey is backing a group of Syrian Arabs and Turkmen in northern Syria in its Euphrates Shield operation, which has swept Islamic State from its southern border.

The hardline Sunni group claimed responsibility for a car bomb attack in the Turkish southeastern city of Diyarbakir that killed 11 last week.

However, an offshoot of the Kurdish militant Kurdish group PKK claimed the same attack. Kurdish militants, Islamic State radicals and far leftists have all staged attacks on civilians in Turkey in recent years.