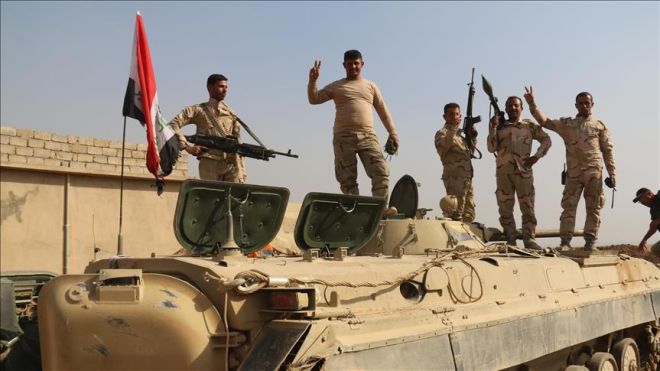 "Troops from the Ninth Armored Division liberated Nimrud town completely and raised the Iraqi flag above its buildings," General Abdulamir Rashid Yarullah, head of the army's Nineveh Operations Command, said in a statement.

He said Iraqi troops have inflicted losses of life and equipment on Daesh group during the operation to retake the town.

Nimrud lies about 30 kilometers (20 miles) from the northern city of Mosul, which the Iraqi army is attempting to recapture from Daesh militants.

Army officer Mohamed al-Jabouri said Iraqi troops have also captured the village of Numaniya on the edge of the ancient city.

"Our forces are now clearing the village of landmines and bombs planted by Daesh," he told Anadolu Agency.

Nimrud was the capital of the Assyrian empire between approximately 1250 BC and 610 BC.

In 2015, Daesh militants destroyed relics in the ancient city for what it says their "un-Islamic" nature.

Last month, the Iraqi army -- backed by U.S.-led coalition airstrikes and local allies on the ground -- launched a wide-ranging operation aimed at retaking Mosul, which was overran by Daesh in mid-2014, along with vast swathes of territory in northern and western Iraq.

Recent months have seen the Iraqi army and its allies retake much territory from the terrorist group, especially on Mosul’s outskirts and in Iraq’s western Anbar province.