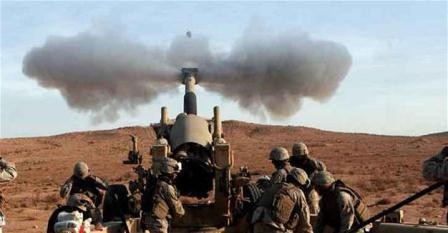 Eight Turkey-backed Syrian fighters were killed and 34 were wounded during clashes in the ongoing Euphrates Shield operation, the Turkish General Staff said in a statement on Oct. 28, while two Islamic State Iraq and the Levant (ISIL) militants were killed in air operations conducted by U.S.-led anti-ISIL coalition powers.

Some 127 ISIL targets in northern Syria were with fired on by the Turkish military, state-run Anadolu Agency reported.

One armed vehicle and one heavy weapon belonging to ISIL were destroyed.