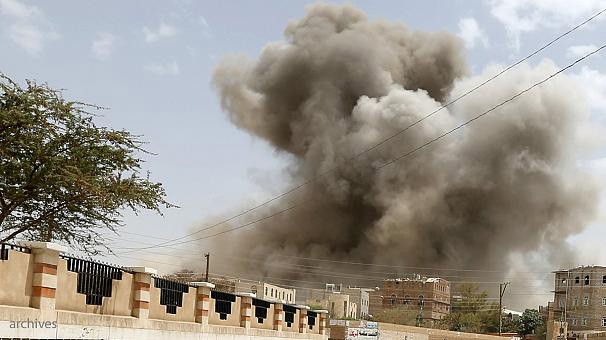 At least 17 civilians were killed in Yemen's southwestern province of Taiz on Saturday by a Saudi-led coalition air strike that struck a house, local officials and residents said.

The raid targeted a house in the al-Salw district, the sources said, an area of Taiz where Houthi rebels and government forces backed by the coalition are fighting for control. Taiz is Yemen's third largest city with an estimated pre-war population of 300,000.

The Saudi-led coalition has been fighting Houthi rebels and forces loyal to former president Ali Abdullah Saleh, who hold much of the north of Yemen including the capital Sanaa, since March 2015 to try to restore the internationally recognized President Abd-Rabbu Mansour Hadi to power.