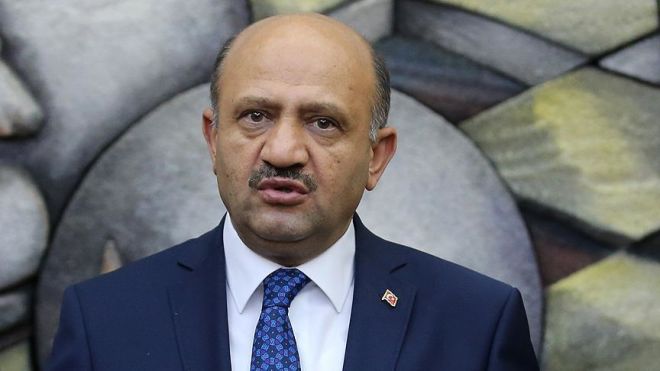 Over 20,000 people have been dismissed from the Turkish Armed Forces so far for links to the Fetullah Terrorist Organization following the July 15 defeated coup, Defense Minister Fikri Isik said on Thursday.

Among those dismissed are 3,665 army personnel and 16,423 military students, Isik said.

Speaking at a parliamentary meeting in Ankara, the minister added that another 2,855 army personnel remain under investigation over similar allegations.

The minister vowed to fight against "FETO traitors" till the very end and "until there is no single traitor left in Turkish Armed Forces.

"It is a national duty to fight this terrorist organization, this treason network. It is a matter of survival of the Republic of Turkey."

Led by U.S.-based Fetullah Gulen, FETO is accused of orchestrating Turkey’s July 15 coup plot as well as being behind a long-running campaign to overthrow the state through the infiltration of Turkish institutions, particularly the military, police and judiciary.