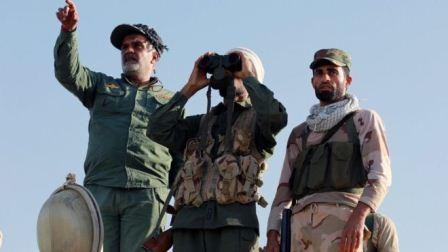 The prime minister of Iraq has urged the Islamic State group to surrender as government troops close in on its last urban stronghold in the country, Mosul.

Haider al-Abadi appeared on state TV wearing combat fatigues and said: "They have no choice. Either they surrender or they die."

Iraqi special forces are now about 1km (0.6 of a mile) away from Mosul's eastern edge and preparing to enter.
Units of the army are meanwhile advancing from the south.

Using another name for IS, Mr al-Abadi said: "We will close in on Daesh from all angles and God willing we will cut the snake's head. They will have no way out and no way to escape."

Mr al-Abadi is the commander-in-chief of the Iraqi armed forces.