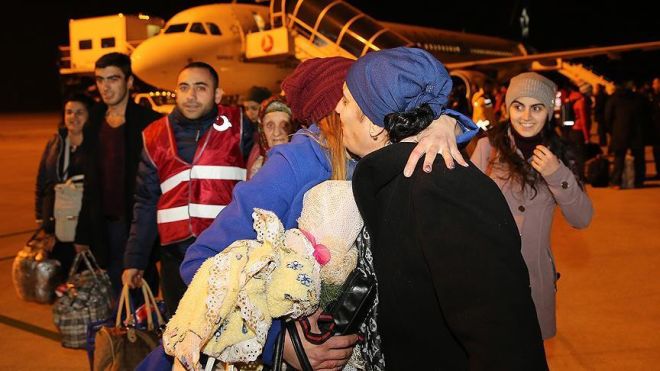 They join another 1,200 who have arrived since December and have settled in Erzincan province in eastern Turkey. Since the government began accepting the ethnic group as asylum seekers in April last year, at least 3,000 have made their homes in Turkey.

Meskhetian or Ahiska Turks originally came from Meskheti region of Georgia but were expelled from their homeland by Soviet leader Joseph Stalin in 1944.

They were welcome at Erzincan Airport by Deputy Governor Ahmet Turkoz and Deputy Mayor Karabey Atici.