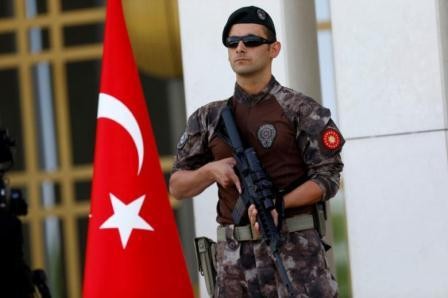 Turkish authorities issued arrest warrants for 137 academics on Wednesday over suspected links to the cleric who Ankara says orchestrated an attempted coup, CNN Turk reported, widening a crackdown that has worried rights groups and Western allies.

Turkey has formally arrested more than 37,000 people and has already sacked or suspended 100,000 civil servants, judges, prosecutors, police and others in an unprecedented purge.

The government says it is rooting out supporters of Fethullah Gulen, who has lived in self-imposed exile in the United States since 1999, from the state apparatus and other key positions.

Gulen has denied Ankara's charges and denounced the July failed coup by rogue members of the military.

Among the latest suspects, 31 of them have already been detained and another 22 are believed to have fled abroad, CNN Turk said, citing the Ankara Prosecutor's Office. The prosecutor's office could not be reached for comment.

Over the weekend, Turkey dismissed more than 10,000 civil servants over alleged links to Gulen. Thousands of academics, teachers and health workers were among those removed through a new emergency rule decree published late on Saturday.