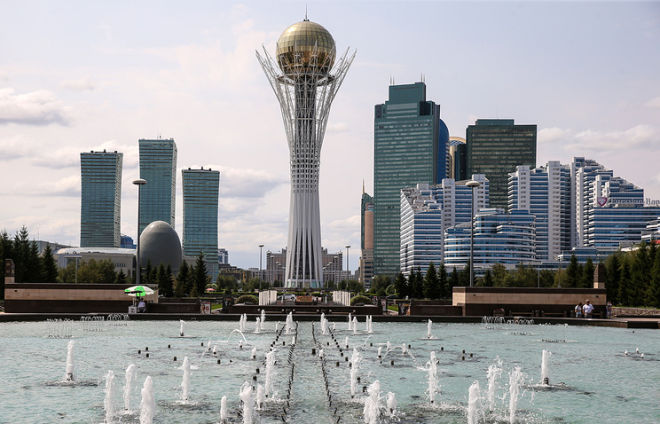 Earlier, Kazakh lawmakers suggested renaming the capital city after the president, either Nursultan or Nazarbayev.

A balanced approach should be adopted towards renaming cities, President of Kazakhstan Nursultan Nazarbayev said at a meeting of the National Commission for Modernization.

"We will take a balanced approach towards every issue, especially towards renaming cities, we will take the state interests into account," the president said.

On Wednesday, Kazakh lawmakers adopted a Declaration on the 25th anniversary of independence, which suggested renaming the capital city after the president, either Nursultan or Nazarbayev.

Commenting on this initiative, the president of Kazakhstan said: "Some may think this is being done upon my order, so the parliament members have suggested the capital city be renamed after me. But I have never said anything like that."

According to the country’s constitution, parliament members may approve constitutional amendments but the final decision will be made by the president.

On December 16, 1991, the Supreme Council adopted a constitutional law on the independence of the Republic of Kazakhstan.

Despite the fast collapse of the Soviet Union, Kazakhstan was the last to declare independence. The Independence Day is marked on December 16 making it the major national holiday.

The country’s capital was renamed Astana in 1998, before that the city was called Teslinograd, then Akmolinsk and Akmola. Proposals to rename the capital after the president have been made several times but Nazarbayev hasn’t supported them.