Condolences from Kremlin to Cubans 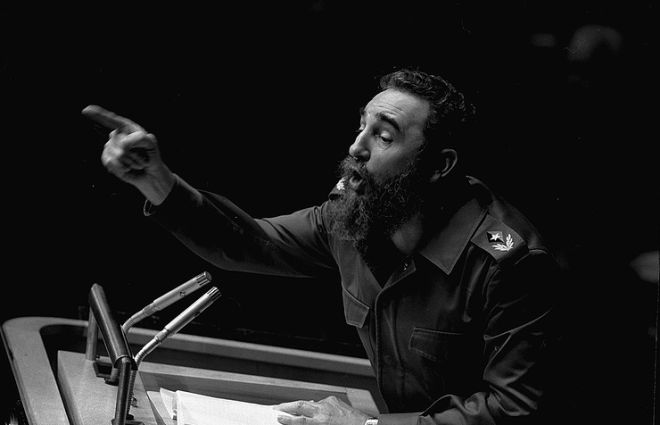 Member of the Russian parliament’s upper house defense and security committee Alexei Pushkov offered his condolences to the people of Cuba following the death of the legendary Comandante Fidel Castro.

"Fidel Castro passes away," he twitted. "I offer condolences to Cuban friends, to the Cuban people. Castro was among the Great, who changed the world. The world will remember him."

Fidel Castro’s death, the senator said, is a loss "both for the Cubans and for the mankind. His scale was global, and he has influenced the global history," he continued, adding "words of this kind are not applicable to every politician going to the eternity."

"Fidel Castro’s name without a doubt would remain in the human history forever," he said. "Cuba led by Fidel experienced toughest pressure from outside, defending its sovereignty and the right for own development following own, not brought from outside, national interests. The decisions of the US, and then of the EU, to return to normal relations with Cuba "demonstrate clearly the policies of sanctions and international isolation cannot bring results if it is opposed by consolidated will of a nation, united by its leader." "Fidel has always been the national leader of the kind for his people," the Russian politician said.

Leader of the Russian communists, Gennady Zuganov, says Russia should continue assisting Cuba, which, he said, in most complicated times was always friendly with Russia. "As for this country," he told TASS in response to a question about future Russian-Cuban relations after the death of Fidel Castro, "it must remember and help those, who in most complicated times was nearby, who has been devoted to our highest ideals and followed our historic friendship."

"We should help as much as we can, and, while helping, we should remember reliability of power always depends on reliability of friends and neighbors," he said. Leader of the Cuban Revolution Fidel Castro died on Saturday at the age of 90, President Raul Castro told the state television. "Commander-in-Chief of the Cuban Revolution Fidel Castro Ruz has passed away," he said, adding the body would be cremated as Fidel had wished