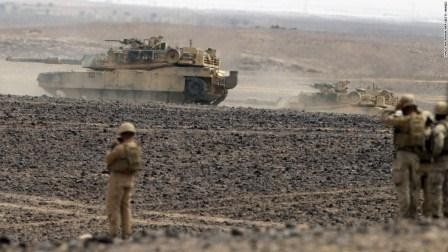 A US official told CNN that three US service members died Friday in the incident in Jordan, two more than the initial report indicated.

Two injured service members who had been transported to a hospital in Amman later died.

The official said the US government is working with the Jordanian government to try to learn more about what happened.

The US service members were shot as they approached the gate to a training facility, a US military official said.

One was killed at the time, while the wounded service members were transported to King Hussein Hospital in Amman.

The incident took place at the Prince Faisal airbase in Al Jafr, the Jordanian government said. The airbase is in the south of Jordan.

The US Embassy in Amman issued a statement saying: "We have received reports about a security incident involving US personnel. We are in contact with the appropriate Jordanian authorities, who have offered their full support. We will report more information when available and appropriate."

The incident is under investigation.

The US began training Syrian rebels at locations in Jordan and Turkey last year as part of the continuing fight against ISIS in the region.

The pace and success of the training operation has come under scrutiny over the past year or so as ISIS made gains in the region through the end of 2015.