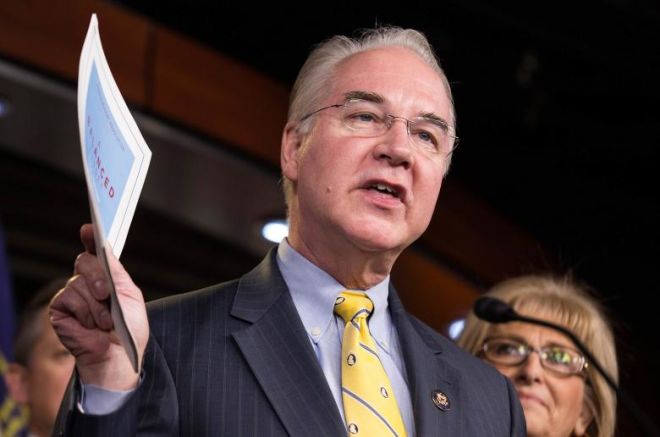 President-elect Donald Trump is set to announce on Tuesday that he has chosen Republican U.S. Representative Tom Price, an orthopedic surgeon and vociferous critic of the Affordable Care Act, as health and human services secretary.

Axar.az reports referring to information given by sources of Reuters.

If confirmed by the Senate, Georgia's Price, 62, will play a major role in overhauling the health care insurance law better known as Obamacare, the signature domestic legislative achievement of President Barack Obama.

Trump's decision was confirmed by a transition team official and a Republican official on Monday.

Trump had pledged during his campaign for the White House to repeal the law and replace it with a plan to give states more control over the Medicaid health plan for the poor and allow insurers to sell plans nationally.

However, after meeting Obama following the Nov. 8 election, Trump said he would consider keeping provisions in the law that let parents keep adult children up to age 26 on insurance policies and bar insurers from denying coverage to people with pre-existing conditions.

Price is one of about 70 people who Trump and Vice President-elect Mike Pence have met so far as they look to shape their White House and Cabinet team before taking office on Jan. 20. Pence told reporters there would be "a number of very important announcements" on Tuesday.

Trump spokesman Jason Miller declined to confirm the Price pick in a Fox News interview late on Monday but said he expected Trump would announce two Cabinet nominees and another top administration official on Tuesday.