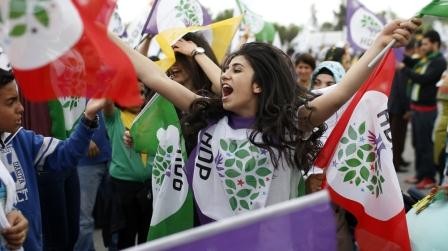 "Three deputies had been fugitives. One of them, Nihat Akdağon was caught by police at the entrance to Hakkari," Kurtulmuş told reporters speaking after a cabinet meeting.

Kurtulmuş also added that the arrest of HDP deputies was constitutional and that it was not politically motivated.

"Both the capture and the arrest process and the future process are 100 percent legal. Therefore, we hope everyone will respect the legal process," the Hurriyet daily news cited him as saying.

Legal proceedings against three deputies, including Akdoğan, had been ongoing as Turkish authorities could not initially detain them as part of an investigation into the party. Nine HDP deputies, including co-chairs Selahattin Demirtaş and Figen Yüksekdağ, were arrested on Nov. 4 over their alleged links to the outlawed Kurdistan Workers’ Party (PKK)