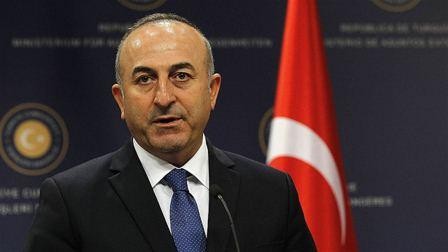 Turkish Foreign Minister Mevlut Cavusoglu accused Germany of allowing the Kurdish militant PKK and far-leftist DHKP-C, both of which have carried out armed attacks in Turkey, to operate on German soil with impunity.

"The DHKP-C and PKK are carrying out activities in Germany, but they support those because they are against Turkey. Germany is the country that supports terrorist organizations against Turkey the most," Cavusoglu told a news conference in Ankara.

"Germany thinks that they are a first class country, a first class democracy, and that Turkey is second class. We want them to treat us as equal partners," .