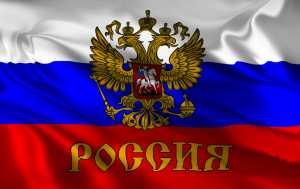 Russia ranks number one worldwide in Schengen visa recipients, with its number exceeding 3 million per year, while the level of visa denials remains one of the world’s lowest-1.3%, according to the European External Action Service (EEAS) data obtained by TASS on Friday.

The EEAS noted that in 2015, there were 3.4 million applications for visas from Russia, including 68% for multiple visas, while the level of visa denials was 1.3%.

The lowest level of visa denials has been recorded in Belarus - 0.3% per 750,000 applications.
On December 1, Russia adopted a new Foreign Policy Concept, according to which, Moscow intends to develop constructive cooperation with the EU and to continue pushing for phasing out visas.

Moscow and Brussels announced plans to introduce a visa-free regime at the May 2005 summit. Both sides launched talks on visa-free travel in 2007. Brussels suspended these talks at its summit on March 6, 2014, as part of its first batch of restrictive measures slapped on Russia over the Ukrainian crisis. However, Russia’s envoy to the EU, Vladimir Chizhov, said commenting on this move that at that time there had been no tangible progress at these talks for at least two years because of Brussels’ stance.