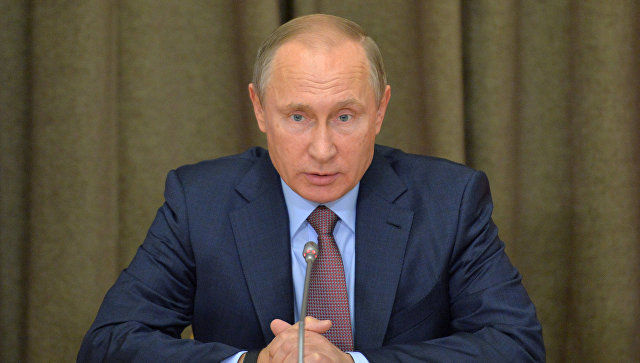 Zorkin told the president that the pressure Moscow had been facing as well as sanctions, were affecting Russia’s international cooperation to a certain extent. "All of a sudden, Lithuania, one of the Baltic states and a depository of the World Conference on Constitutional Justice, sent us a note saying that Russia’s Constitutional Court judges pose a threat to the security of the Lithuanian Republic," he said. "To tell you the truth, why not propose that this conference be held here?"

Putin said that then the Constitutional Court had handed down the decision on Crimea’s reunification with Russia being in line with the Russian constitution. The president called the Lithuanian authorities’ decision "very strange."

"Sometimes it seems that some people are in fact aliens from another planet," the Russian leader said.