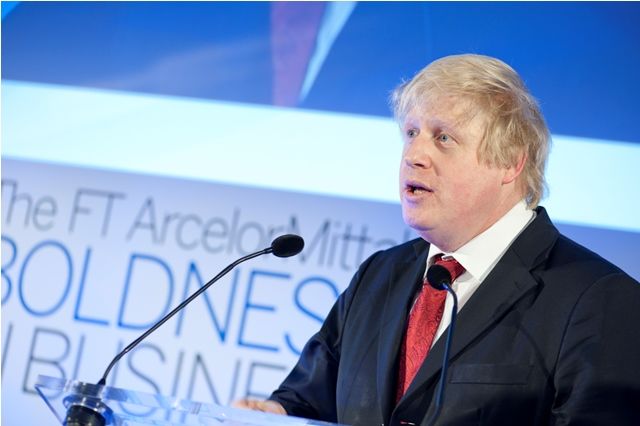 Boris Johnson has accused Saudi Arabia, one of Britain's closest political allies, of "playing proxy wars" in the Middle East.

Footage has emerged of the Foreign Secretary claiming that politicians in the region are "twisting and abusing religion" for their own political advantage.

The video, comes from an event last week where Mr Johnson addressed a conference in Rome.

The comments emerged as Theresa May returned from a visit to Bahrain where she had dinner with the leaders of Saudi Arabia, Kuwait, the United Arab Emirates, Qatar, Oman and Bahrain.

Mr Johnson said: "There are politicians who are twisting and abusing religion and different strains of the same religion in order to further their own political objectives. That's one of the biggest political problems in the whole region.

"And the tragedy for me - and that's why you have these proxy wars being fought the whole time in that area - is that there is not strong enough leadership in the countries themselves."

The Foreign Secretary said there were not enough "big characters" in the region who were willing to "reach out beyond their Sunni or Shia" group.

He told the conference: "That's why you've got the Saudis, Iran, everybody, moving in and puppeteering and playing proxy wars."

A Foreign Office spokesman said: "As the foreign secretary made very clear on Sunday, we are allies with Saudi Arabia and support them in their efforts to secure their borders and protect their people."