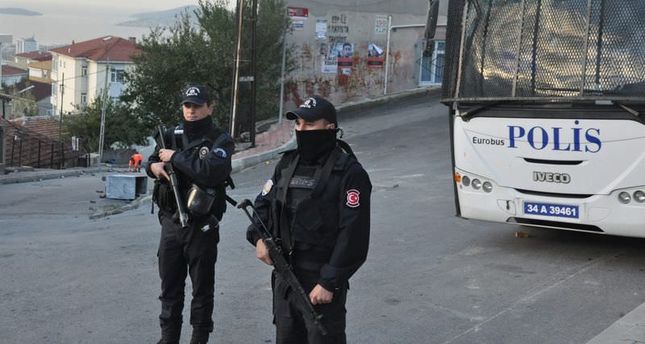 Turkish police detained dozens of people on Thursday in an investigation of student dormitories suspected of ties to the network of the U.S.-based cleric accused by Ankara of being behind July's failed coup.

Turkey has jailed pending trial some 36,000 people and suspended or dismissed more than 100,000 state personnel over links to Gulen, who lives in self-imposed exile in the state of Pennsylvania. He has denied involvement in the putsch.

Arrest warrants were issued for 136 people in the dormitories' operation across 20 provinces, Anadolu said.

It said 35 people had so far been held and 70 suspects were found to have used Bylock, a smartphone messaging app which Ankara says was used by Gulen adherents as a communication tool.

The warrants targeted administrators of 29 dormitories which were closed down with an official decree, and representatives of companies linked to the halls of residence, Anadolu said.

It said arrest warrants were issued in a separate investigation for 58 people suspected of being senior figures in Gulen's network.

The crackdown has covered a wide range of professions and alarmed rights groups and Turkey's allies who fear President Tayyip Erdogan is using it as a pretext to curtail dissent.

The government says it is necessary to stamp out the influence of Gulen's network, which it refers to as the "Gulenist Terror Organization", or "FETO". Erdogan's opponents say the purges go far beyond a crackdown on suspected Gulenists.

Last month, a government official told Reuters Turkish authorities were investigating foster families for suspected ties to Gulen and may remove children from homes if their guardians are found to be supporters of the putsch.

Gulen's "Hizmet" movement runs some 2,000 educational establishments in 160 countries, from Afghanistan to the United States, along with private educational institutions in Turkey.