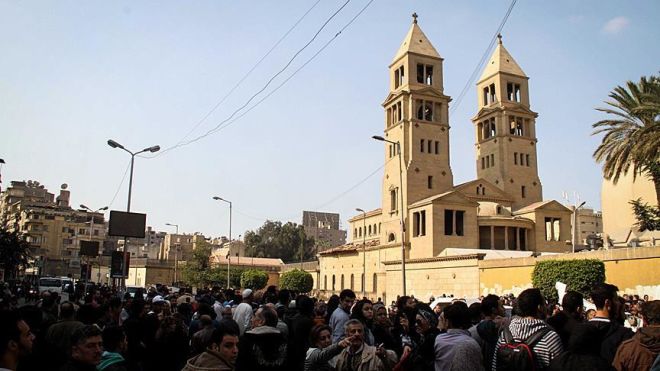 ISIS terrorist group has claimed responsibility for a weekend church attack in the Egyptian capital Cairo, which left 25 people dead.

A bombing tore through St. Peter’s church, located adjacent to St. Mark’s Cathedral, which serves as the seat of Egypt’s Coptic Orthodox Church and the papal residence.

Scores of people were injured in the attack, which triggered a storm of condemnation across the Muslims-majority country.

In a statement circulated on social media on Tuesday, ISIS said a group member had blown himself up inside the church, killing and injuring 80 people.

The authenticity of the ISIS statement could not be verified.

On Monday, Egyptian President Abdel-Fattah al-Sisi said the church attack was carried out by a suicide bomber.

Egyptian authorities have since detained four people for alleged connection to the church bombing.

The Egyptian government has declared a three-day mourning period in the wake of the attack and vowed to hunt down perpetrators.

Egypt has been battling a deadly insurgency in Sinai Peninsula, which authorities say is led by Welayet Sinai (Province of Sinai) militant group, a ISIS affiliate in the restive peninsula.

Coptic Christians are estimated to account for between 8 and 10 percent of Egypt's population of about 90 million.