Putin, due for talks in Japan, is late again 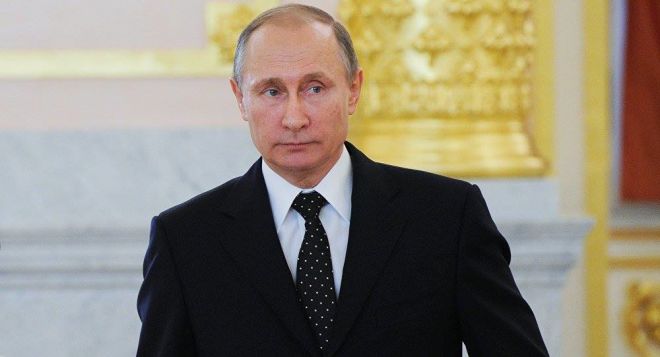 Vladimir Putin is living up to a reputation for being late.

The Russian president was due in Japan on Thursday afternoon for talks with Japanese Prime Minister Shinzo Abe at a hot springs resort in western Japan.

Japanese officials say Putin's flight has departed but is behind schedule. Japanese media reported that he would arrive about three hours late in the evening.

The cause of the delay was not known.

It will be Putin's first official visit to a G-7 country since Russia annexed Crimea in 2014. Abe hopes to make progress on a long-running territorial dispute between the countries.

Putin has shown up late for meetings before. He kept Pope Francis waiting at the Vatican for one hour and 20 minutes in 2015. Putin reportedly kept then-Ukrainian President Viktor Yanukovych waiting for four hours in 2012 due to an unscheduled stop on the way to talk to bikers. Earlier this month, Japanese Foreign Minister Fumio Kishida waited for two hours when he visited the Kremlin ahead of Putin's visit this week.

During the talks Thursday and Friday, Abe hopes to make progress on the 70-year-old territorial dispute while trying to bolster ties with economic projects, though a breakthrough is seen as difficult.

Putin told Japanese journalists earlier this week that progress on the island issue hinges on Japan's flexibility to compromise.

After holding talks on territorial issues at the hot springs, Abe and Putin then head to Tokyo on Friday to shift gear to economic issues.