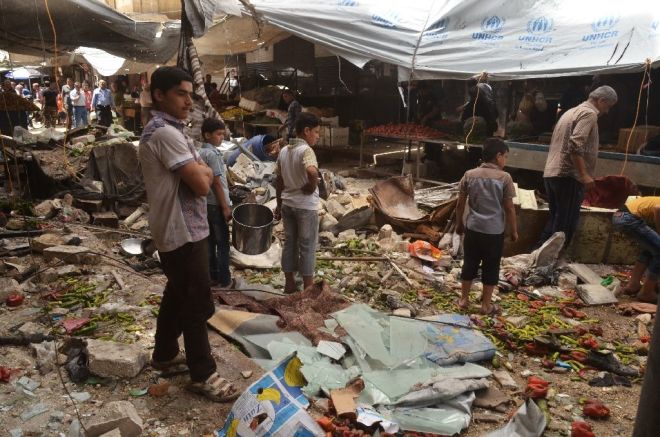 A blast that rocked a police station in southeast Damascus on Friday was caused by a seven-year-old girl carrying a belt of explosives, Syrian media reported.

Axar.az informs, the explosion in the bustling Midan neighbourhood of the Syrian capital wounded three police officers, said the Al-Watan daily, which is close to the government. "A seven-year-old girl entered the police station, carrying a belt that was detonated from afar," the paper posted on its Facebook page.

A police source told Al-Watan that she had appeared lost and asked to use the bathroom when the explosives went off. Although rebel groups have fired rockets and mortar rounds into the capital, explosions inside the city itself are rare.