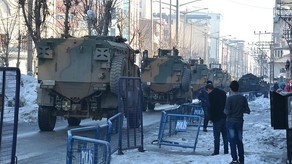 In a statement, the Turkish General Staff said the terrorists were killed during a counter-terrorism operation in Hakkari's Yüksekova district of Hakkari on Sunday.

The statement says, 2 PKK terrorists killed in Mardin province of the country.

Renewed violence in Turkey has come in the wake of the July 20 Suruç bombing which was allegedly carried out by Daesh and left dozens of people dead. The subsequent PKK-linked murder of two Turkish police officers at their home sparked a new wave of conflict in the country.

The Turkish government has intensified its counterterror operations following the recent attacks carried out by the PKK, which is recognized as a terrorist organization by the U.S., the EU and Turkey.